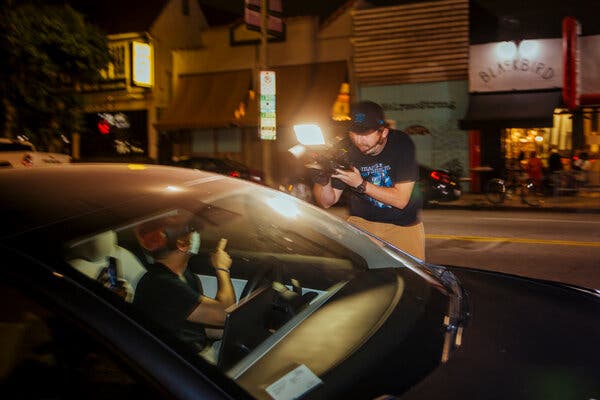 Celebrities are easy to idolize, as their lives are presented by the media to be glamorous and full of luxury. It is often hard to remember the large group of professionals that helps to style a celebrity and the hardships that come from the seemingly ideal lifestyle. There is nothing wrong with admiring a celebrity, but problems can arise when admiration turns to obsession.

Becoming a successful performer should not come at the sacrifice of privacy and safety. It is not uncommon to hear of paparazzi causing a car accident, which occurred with Lindsay Lohan and Princess Diana, or harassment allegations, which have been filed by Justin Bieber and Tom Cruise. New York and California both have laws against invasion of privacy by paparazzi.

In an interview with the Huffington Post, widely admired actress Jennifer Aniston questioned what paparazzi means for the ethics of journalism.

“Every day my husband and I are harassed by dozens of aggressive photographers staked outside our home who will go to shocking lengths to obtain any kind of photo, even if it means endangering us or the unlucky pedestrians who happen to be nearby,” Aniston said.

The recent paparazzi trend has changed from taking photos to sell to popular tabloids, to videography of Gen Z influencers posted on YouTube. One of the most popular paparazzi YouTubers is Hollywood Fix, who is known for ambushing young Tik Tok stars on the streets of Los Angeles. The casual and personal quality of the videos, taken as the stars are simply going about their lives, helps to make celebrities appear more normal and less like icons.

The high salary, luxurious lifestyle and talent of celebrities leads them to be viewed as different from regular people, placing them on a higher pedestal. Viewing the lifestyles of celebrities as ideal but unattainable can cause depression, jealousy and even stalking. It is easy to admire the physical appearance of a celebrity but, 99% of photoshoots with celebrities are photoshopped, according to Time Magazine, and many celebrities, such as Serena Williams and Rihanna, have dealt with depression.

Journee Lawhorn (10) admires celebrities, such as members of popular K-pop bands, but finds that media can falsely portray lives of celebrities.

“I think that if the celebrities want to have a normal not glamorized life then that is ok with me, but TV companies faking it or adding more to make it interesting just doesn’t really show who the celebrity really is,” Lawhorn said.

Idolizing the rich and famous can lead to the intense obsession of stalking, otherwise known as celebrity worship syndrome (CW). According to psychologytoday.com, CW is an obsessive-addictive disorder where an individual becomes overly involved or interested in a celebrity. The syndrome often correlates with poor mental health, and can have devastating effects, as the obsession can be driven by excessive resentment or affection towards the celebrity.