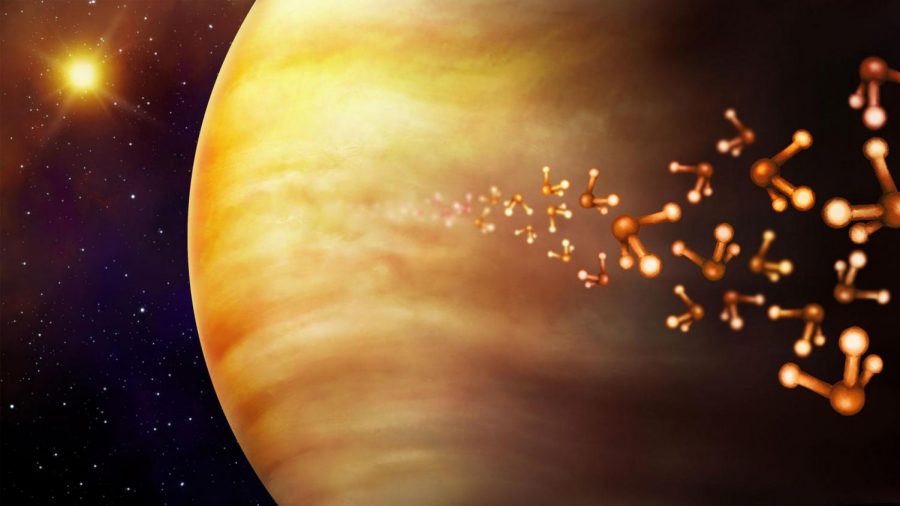 Scientists delve into the possibility that life can be sustained on the planet of Venus.

Is there life outside of Earth? This question has been passed around for centuries, and the answer has pretty much been “no” every time. But, as crazy as it sounds, scientists have discovered phosphine on the planet Venus, which is a potential marker of life. This discovery will lead to further questions about Venus as a whole, as well as specific questions on if there is life on Venus.

On Sept. 14, 2020, scientists discovered the phosphine gas in Venus’s atmosphere. This gas is mainly produced by some types of living things, which scientists figured out by observing different species on Earth. The main type of life form that produces this gas are “teeny tiny,” according to Clara Sousa-Silva, a molecular astrophysicist at the Massachusetts Institute of Technology in Cambridge.

To monitor everything that is happening on Venus, companies are watching activity on Venus. One of the biggest players in this is NASA, who is using large and powerful telescopes that use infrared to see what is going on.

With the discovery of this gas, there is excitement to discover what might really be happening on Venus. Jerome Falcon (10) is interested in the possibility of life on another planet.

“I hope they are able to find any kind of life on Venus,” Falcon said.

While Falcon and other students are interested in this discovery, teachers are also intrigued by the possibility of life on another planet, including science teacher Donna Childers. Childers is interested in life outside of Earth, and the fact that this may be true fascinates her. But, life on Venus just doesn’t seem possible to her.

“I would think the temperature on Venus would prohibit life forms as we know it,” Childers said.

The existence of phosphine gas on Venus has brought much excitement with this discovery. However, this excitement brings questions that need to be answered, the most anticipated and unknown being: is there actually life on Earth’s neighboring planet?