Students in the Stock Market 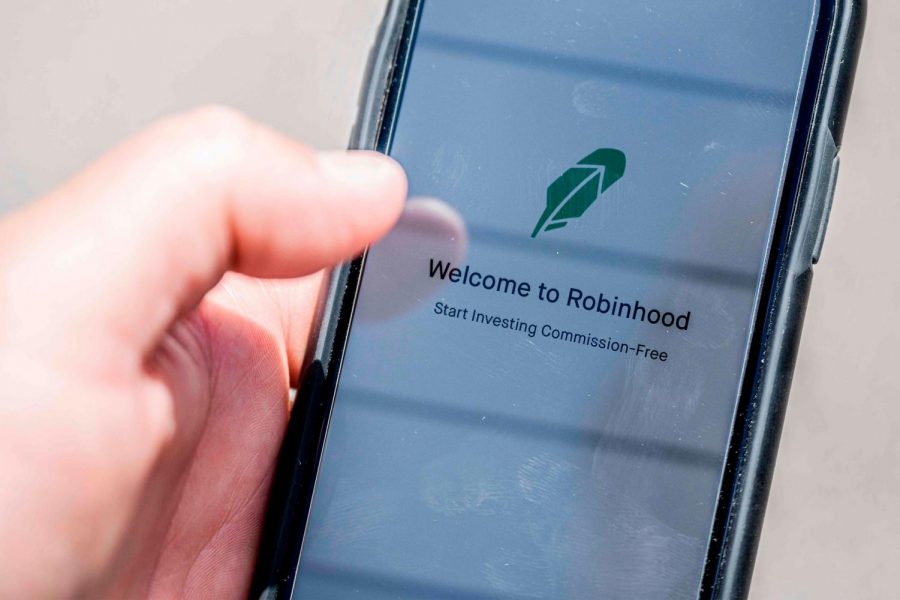 Robinhood is an app which offers commission-free trading of stocks for new and old traders.

After January’s GameStop controversy displayed the extremely profitable potential for amateur stock traders, there has been a rise in young adults and teens becoming involved in the stock market. The magnitude of the GameStop short squeeze made headlines across all platforms including social media apps like Twitter and Tik Tok where much of America’s youth get their news. This broadcasting led the members of the reddit forum “r/WallStreetBets” to triple to 6.5 million in just one week with a rush of amateur stock traders (especially young adults) who are eager to participate, according to cnbc.com.

Traders of all ages use apps like Robinhood, which offers commission-free exchange of stocks, Webull, and TradeStation. These platforms are designed to allow independent traders to make money off of small stocks in a way that common traders can’t on Wall Street, as it is dominated by large hedge funds. Apps similar to these are able to put a complicated trading process into a simple format for users.

Sean Abbott (12) decided to invest a portion of his earnings this year using the Robinhood app.

“I started my brokerage account with Vangaurd when I turned eighteen. So far, I have invested about $600 over several stocks, including Facebook, Carnival Cruiselines and Walgreens,” Abbott said. “Since I opened my account, I have made about $200 in realized gains.”

In Economics classes, the value of saving and safely investing is heavily emphasized. Economics teacher Tony Thompson claims that safely investing at least 10% of every paycheck starting at a young age will benefit students greatly once they reach late adulthood. Thompson also says that despite the excitement of investing in popular choice stocks, it is smartest to invest modestly as an amateur.

“The key in Tip #1 is ‘safely invest’. Trying to outfox the market by picking choice stocks is best left to AI, gamblers with money to lose, and suckers,” Thompson said. “The smart investment play is a rock-solid index fund that is pegged to the reliable performance of a broad index like the S&P 500. It’s not flashy, but it wins the race like a tortoise.”