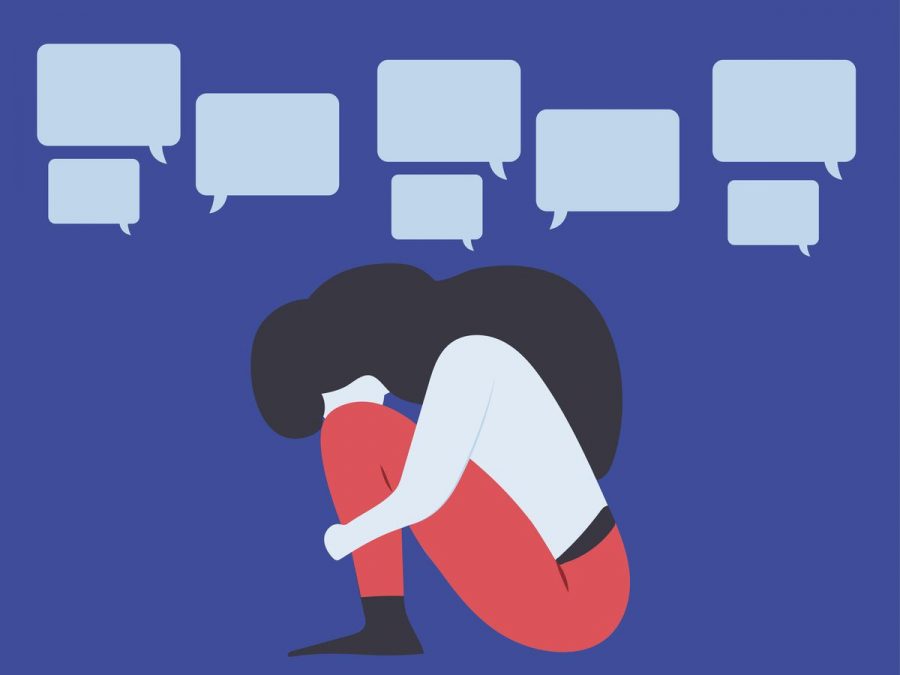 Social media can lead to self-doubt and anxiety through comparing oneself to others and feeling put-down by harmful stereotypes.

Throughout the 2010s, there has been a drastic increase in social media and the way people see themselves compared to others. Comparing oneself to people on social media can be damaging physically and mentally, often leading to body dysmorphia and self-doubt. Many pictures and videos on Instagram, TikTok and Snapchat are posted with filters and can be deceiving. However, one of the most harmful aspects of these social media platforms is the shaming and judging of others for their likes and dislikes. Some girls are shamed and deemed “basic” for dressing femininely and listening to pop artists such as Taylor Swift. Other girls take the stance that they “aren’t like other girls” in order to convey that dressing or acting a certain way is unattractive.

Perpetuating labels on young adults through social media and placing teens in specific categories is harmful and promotes unrealistic standards, as personalities are multi-dimensional and not exclusive to two stereotypes.

“Social media and the FOMO (fear of missing out) that comes with it can lead to loneliness, depression and anxiety,” Hardy said. “Social media is addictive…don’t use it to define who you are. Work on you and focus on the inner you.”

Jamey Whisnant (12) does not have a TikTok because he believes it emphasizes unrealistic beauty and body standards and shortens attention spans.

“I think TikTok is detrimental to people’s attention spans and has had a negative impact on society in terms of leading to a more toxic youth culture in America,” Whisnant said. “[TikTok] emphasizes beauty standards that can be unachievable.”

While social media can be harmful and create stereotypes that put people in certain boxes, it can also be a place where different people can see themselves represented. TikTok has about 1 billion active users a month, according to oberlo.com, and has allowed for a creative space for millions of teenagers.

Social media is not going away anytime soon and is only becoming more expansive each day. Young people can best counteract the negative aspects of social media by knowing when it is time to take a break, following people who care about and inspire them, and unfollowing those whose content or messages would harm them emotionally.

“Sometimes social media can be positive and helpful, but negative and toxic people don’t change, so find pages and people who are loving and inspiring,” Hardy said.