Netflix’s Take on the Royal Family 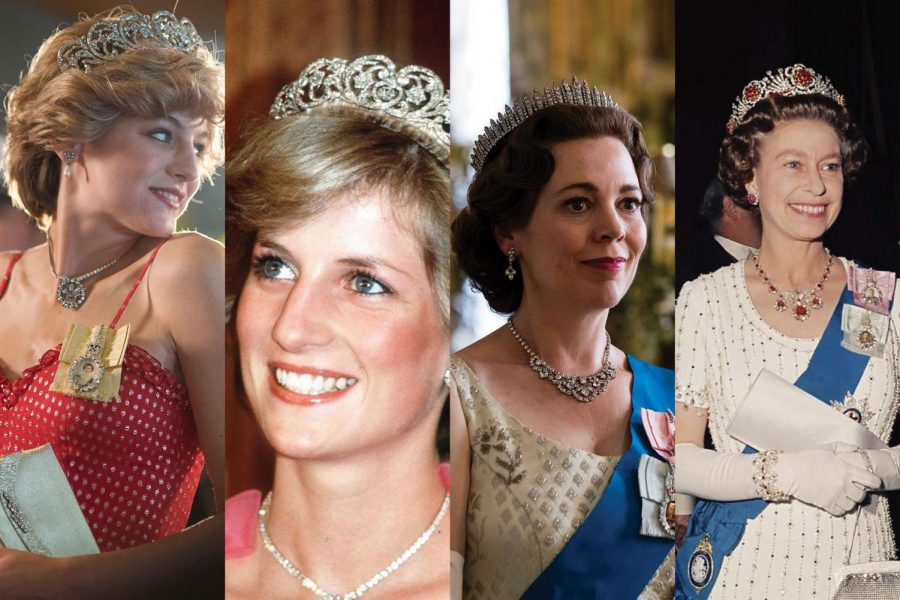 Through a long makeup and styling process, actors strikingly resemble members of the real royal family.

In 2016, Netflix released its first season of “The Crown” which would later be one of its most successful shows racking up many awards including Emmys and Golden Globes. The show follows the life of the British monarch. It begins when Queen Elizabeth II is first coronated and each season follows her and her family’s life throughout history. “The Crown” is applauded for its exceptional acting, set design and accurate costumes. It has spread the popularity of the royal family into American pop culture and strengthened people’s knowledge on life as a royal and the many important events that have occurred in Queen Elizabeth’s long and successful reign.

Annie Colbath (11) enjoys watching “The Crown” with her family and is especially impressed with the costume design.

“I really enjoyed the costume and the culture,” Colbath said.  “My favorite character was Queen Elizabeth because she was calm and composed even through extremely stressful situations.”

While the show is historical, it has some fictional and exaggerated features to be more exciting for a wider audience. The accuracy of the show has been a controversy since it released as many claim that the show is spreading misinformation on the realities of the real-life characters.

In a 2020 interview with The Sunday Times, Peter Morgan, who is the show’s creator, responded to claims of “The Crown” being inaccurate by acknowledging that some of the history is altered, but that the important events are historically correct.

“We do our very, very best to get it right, but sometimes I have to conflate [incidents]… You sometimes have to forsake accuracy, but you must never forsake truth.” Morgan said.

“The Crown’s” fourth season was wildly popular as it introduced Princess Diana as a character and portrayed a depressing story of her life. Due to the privacy and regard of the royal family, the public knew very little personal information on the life of Princess Diana before her tragic death in 1997. The show displayed how naïve and young she was when she married Prince Charles of Wales and entered the royal family. It serves as an exposé of sorts by showing how she was treated by the royal family  as she battled with many issues including strains on her marriage and continuous eating disorders due to public pressure with the constant presence of photographers and large audiences. Viewers have begun to question the morals of the queen and her family and take the side of young Diana.