Why watching disturbing movies and TV shows is enjoyable 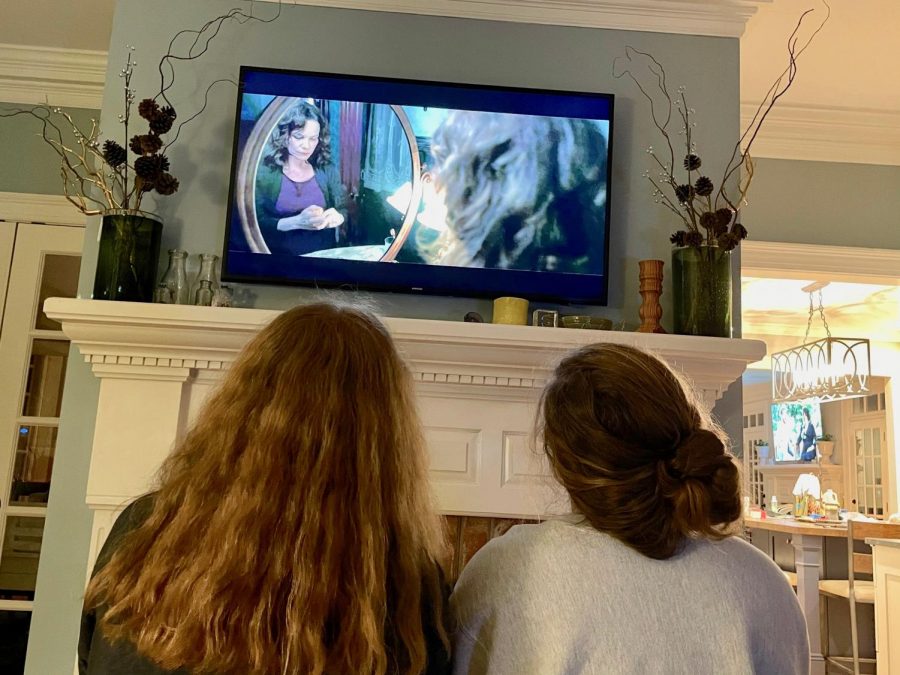 Anna Wallace Cheek (11) and McCall Hope (11) share their love for horror movies, with one of their favorite to watch together being Insidious 2.

Despite showcasing disturbing scenes of graphic violence and gore, the horror entertainment genre continues to rise in popularity. Although experiencing events found in horror movies and TV shows firsthand would be detrimental, watching them on screen is deemed by many as a pleasant experience. This enjoyment may hold a deeper meaning, as some use the genre as escapism or a coping mechanism.

Horror movies aim to shock the audience, often using targeted techniques to present violence and the supernatural. The genre itself has received negative scrutiny. According to a study published by the academic journal Frontiers in Psychology, horror has a negative cinematic reputation, as often due to low budgets, films can appear cheaply made or tacky. They are also less likely to be nominated for academy awards. However, this reputation within the film industry does not put a stop to box office success of select horror movies, like Stephen King’s It which generated $190.5 million worldwide, according to forbes.com.

“It’s morbid curiosity, the same thing that makes you look at a car crash as you pass it on the highway,” Morrison said.

The profitableness of horror begs to question why so many pay to see horror films, despite its disturbing images and cinematic reputation. One theory is that the disturbing plot lines play on our brain’s response to suspense and resolution. As described in Zillmann’s excitation theory, when a conflict is resolved, a viewer’s negative response is converted to euphoria. The theory explains how the level of disturbance amounts to the level of euphoria once the suspense ends. The brain finds natural satisfaction in viewing disturbing conflict unfold and resolve.

Another explanation for the popularity of horror is sensation seeking, a quality that belongs to people who may also be interested in adrenaline activities, such as rollercoasters and bungee jumping. Individuals that are prone to sensation seeking are usually a younger audience and are often male. In a well-known study conducted by psychologist Mark Zuckerman, he argued individuals attracted to horror movies are aiming to achieve a thrill and sense of unpredictability. Adrenaline is achieved through the detached fear experience that takes place when watching horror movies.

Kaitlyn Clary (11) is entertained by horror movies due to the thrill she experiences while watching them.

Horror can also function as a coping mechanism against the dangers of real life. By watching traumatic conflict unfold and resolve, viewers can focus worries and attention on issues unrelated to their own lives. This controlled fear experience can also create a fight or flight response in the body, which creates a burst of adrenaline. The body responds to this burst by creating an pleasing, calm sensation which may be credited for the popularity of horror entertainment.