The test of self-control and delayed gratification 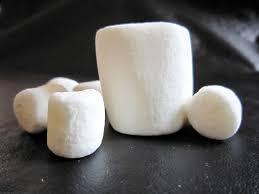 The Marshmallow Test is not only a famous social psychology experiment – it has also been a TikTok trend. Celebrities such as Kylie Jenner and Gabrielle Union have posted videos conducting a similar experiment with their children.

A marshmallow or treat is placed in front of a child, and the child is told that they can have a second treat if they can go 15 minutes without eating the first one. The child is left alone in the room with the treat, and their patience is put to the test.

When the experiment was originally conducted in the 1960s, Walter Mischel and his researchers believed that if the child was able to wait for 15 minutes, their ability to delay gratification was an indicator of future success in life. However, the initial study included results from less than 90 children, all of whom went to a preschool on Stanford’s campus.

Recent studies have debunked Mischel’s hypothesis, suggesting that the child’s ability to wait is shaped by their socioeconomic background. This background, not their patience or delayed gratification, is what determines the child’s success in life.

The new study published by NYU’s Tyler Watts and UC Irvine’s Greg Duncan and Haonan Quan replicated the marshmallow test, but they expanded the participant field to 900 children, who were representative of the general population. When they were analyzing the results of the experiment, they took into consideration factors such as the child’s household income. Their paper found that the children in a lower socio-economic bracket did not wait to eat their marshmallow, linking a scarcity of resources to their decision-making. If a child is used to having food in the home on some days and less or none on other days, he is less likely to not take advantage of its availability.  Watts, Duncan and Quan believe that it is not a child’s ability to simply delay gratification that is an indicator of future success but the resources available to them during early growing years which is the greater indicator of future success.