Recently-developed blood screening gives early diagnosis and can save lives 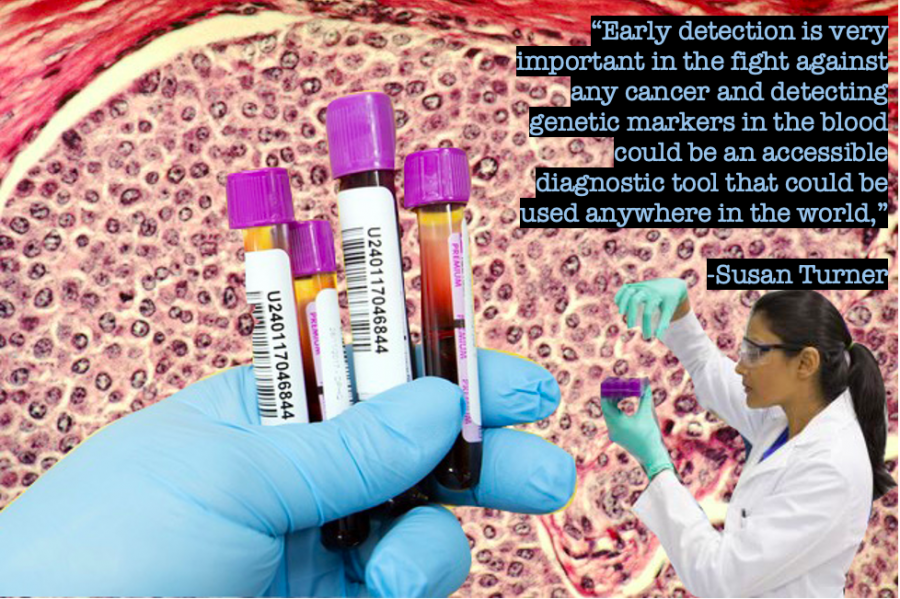 Advanced blood tests such as the PanSeer technology can identify cancer up to years before symptoms may have developed.

When one is suspected of having cancer, one of the first things the doctor does is send for a blood test. These blood tests are vital to the process of diagnosis because they give doctors clues about what is going on in the body. Now, thanks to an international team of researchers, a noninvasive blood test can determine if one has one of five major types of cancer: stomach, esophageal, colorectal, lung and liver cancer.

This test, called PanSeer, can accurately detect cancer about 88% of the time. According to a piece written by Rachel Nuwer and published in scientificamerican.com, this type of test and study was from patients who were asymptomatic and had not been diagnosed yet, allowing for people to find cancers in the body much quicker and earlier than through previous means of testing.

Professor Kun Zhang is one of the professors who contributed to this study. He is also the chair of the UC San Diego Department of Bioengineering.

“The ultimate goal would be performing blood tests like this routinely during annual health checkups,” Zhang said. “But the immediate focus is to test people at higher risk, based on family history, age or other known risk factors.”

If all people were able to be tested annually, the rates of cancer detection would go up and help to save lives. For example, a child with no symptoms would probably never get tested, but if that child were to be tested every year, it would verify that the asymptomatic child was cancer-free.

Science teacher Susan Turner thinks that the early detection of cancer that PanSeer brings is important.

“Early detection is very important in the fight against any cancer and detecting genetic markers in the blood could be an accessible diagnostic tool that could be used anywhere in the world,” Turner said.

Researchers in PanSeer have emphasized that it is not likely to predict if a patient will develop cancer, but only if one has cancerous growths. Many studies were done to make sure that this test could determine if one has cancer, including the Taizhou Longitudinal Study. In this study, over 120,000 individuals were tested over a 10-year period. When a person was diagnosed with cancer, researchers looked at their results from four years prior to make connections from the results from then to now.

Holden Glenn (10) is excited about the future of cancer blood tests.

“I think that these new blood tests will be able to help others, and that is what is most important,” Glenn said.