Reagan Collins: The Heart of the Vikings’ Defense

As she heads to Converse College, Reagan Collins looks back on an memorable high school lacrosse career 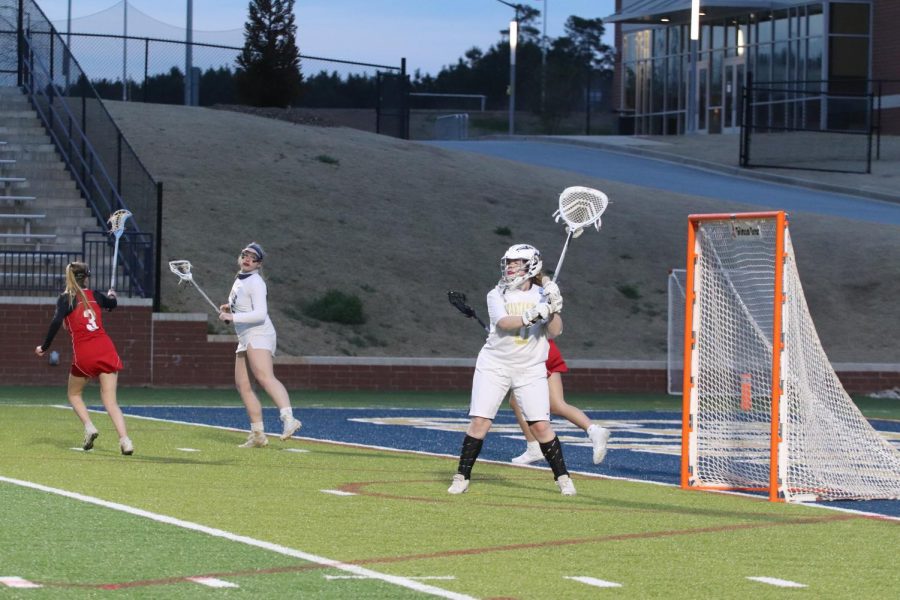 Regean Collins throws the ball downfield after a save. This is the part of her game that she worked hardest on in the offseason.

As Reagan Collins (12) prepares to leave the field of Spartanburg High School and move across town to Converse College, she looks back on a memorable athletic career, one that taught her not only about lacrosse, but about life itself. To Collins, this journey hasn’t been an easy one, but it is one that has developed into a journey full of promise and success.

After junior year, Collins received an offer to play lacrosse collegiately at Converse College. While this new opportunity seemed foreign to her, Collins saw it as a new and exciting challenge in her life.

“It feels so weird to think that I am going to play at the next level, but it is so exciting to think I will have a new team to bond with,” Collins said. “If you would have asked me a few years ago if I thought I would be good enough to play in college, I would have told you no. Although now I can’t see my life without lacrosse.”

Despite receiving this offer, which confirmed her immense lacrosse skillset, Collins still looked to her senior year as a year to get better and improve on her craft. Instead of having to focus on trying to play lacrosse in college, she could focus on the little aspects of her game that would allow her to reach the next level.

While she has learned so much about her favorite sport in recent years, Collins has also learned about life through her time on the field. The games and practices that she has had to endure due to lacrosse have taught her valuable lessons that she has implemented in her everyday life.

“The most important lesson I have learned from lacrosse is how to communicate and how to always give it your all, even if you feel like you have nothing left,” Collins said.

Her teammates have also seen the improvement and leadership from Collins throughout her time on the Vikings. Ally Dunlavey (12) is one of these players who believes Collins possesses great qualities.

“She’s become the leader of our defense and one of the greatest leaders on the team,” Dunlavey said.