The Tradition of Respecting Elders

Today’s youth is growing away from simple manners 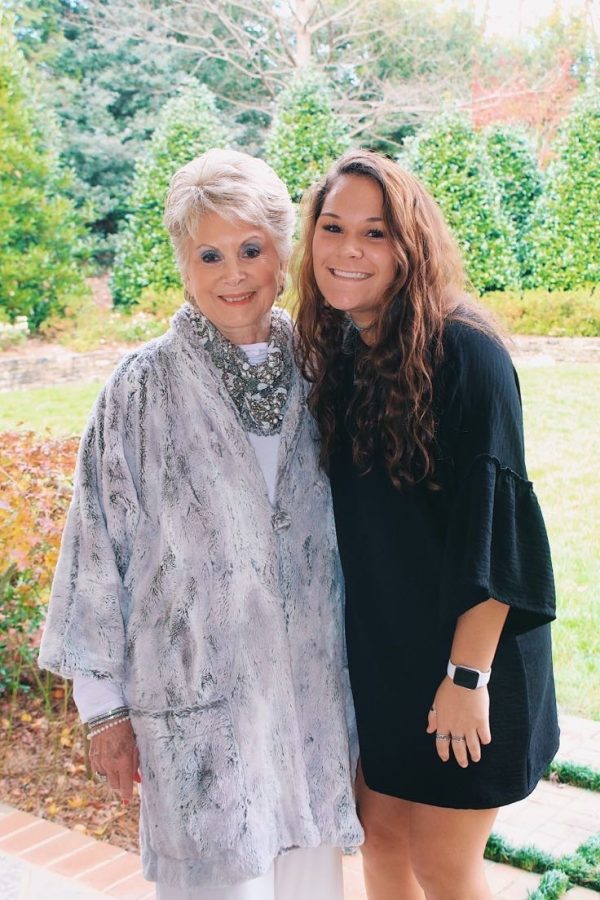 Natalya Carroll (12) poses with her Grand-Jo, who she deeply admires and spends a lot of quality time with.

Grace Till, Co- Editor in Chief

Traditionally, children are taught to say “sir” and “ma’am” when speaking to an older person. This mannerism is ingrained in society in order to show respect towards people with more experience. However, as the generational gap widens, today’s youth is becoming less respectful of elders.

Worshipping ancestors and respecting elders have been important traditions in different cultures throughout history. Native Americans, for instance, place heavy value in this custom.

“Elders have an important role in sharing knowledge, wisdom and understanding of Native American history. This is a priceless gift and is deeply ingrained in the Native American culture,” nativeparnership.org said.

Despite these traditions in many cultures across the world, society is deviating from them. Among young people, it is often considered “cool” to rebel against authority and be independent. This trait has perhaps developed due to the age of technology. With iPhones and social media, older people have become less familiar with the technology of the day. Teenagers and adults poke fun at their lack of knowledge, whether meaning to be playful or demeaning, causing the elderly to seem inferior.

More seriously, elders have become the subject of financial fraud due to this lack of familiarity. According to the FBI, elder fraud is continuously growing and costs elders to lose more than three billion dollars per year.

“Seniors are often targeted because they tend to be trusting and polite. They also usually have financial savings, own a home, and have good credit—all of which make them attractive to scammers,” fbi.gov said.

While this negative end of the spectrum is disheartening, others try to preserve the tradition of respecting elders. Sophie Kannee (12) is close to her grandmother and appreciates her for passing down wisdom.

“My grandma has been through a lot to get to where she is today, so I admire and respect her for her hard work,” Kannee said. “Our relationship is special because she’s one of my favorite people ever, and she’s wise.”

Different groups try to instill these manners within today’s youth to avoid contributing to the growth of disrespect. Spartanburg High School’s football coaches, for instance, teach athletes to be polite and obey higher–ups. Football player Jaylin Ferguson (12) appreciates the level of respect expected by coaches.

“The football coaches teach you…that respecting elders is the way to be successful in life because they’ve already been through it before,” Ferguson said.

While the growing trend shows a decrease in the lack of respect for elders and less teaching of the tradition in general, it is evident individuals and small groups hold fast to teaching respectful manners towards those with more experience.