Fishing For a Cause 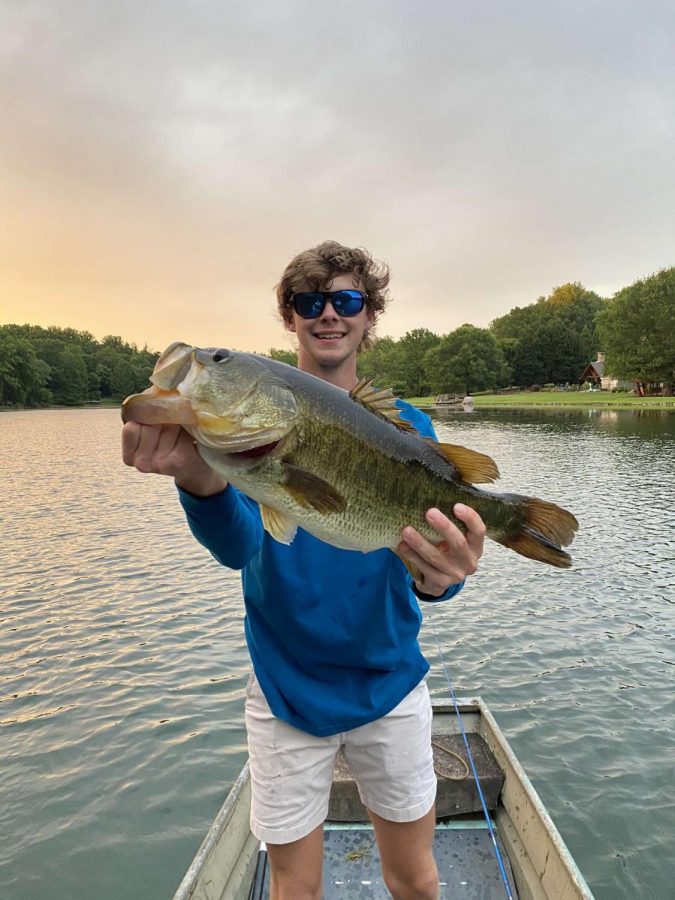 Although he likes to compete in various fishing tournaments across the state, Pierce Drummer (12) often enjoys the peace and quiet of fishing with friends in the lake behind his house.

The Crappie Challenge fishing tournament took place on Mar. 20 at Lake Bowen. During the fishing competition, participants took off in the morning and returned to shore at two o’clock. They then submitted seven of their largest fish to be weighed in, with the winner taking home prize money, which was everyone’s entry fees, $30 per person, combined. However, what makes this competition different is that it donates to charity.

In addition to the money that went back to the contestants, another major aspect of the fishing competition was the fish themselves. In an interview with Livin’ Upstate SC on Feb. 9, 2021, Tim Holden, owner of Holden’s Marine Center and the main sponsor of the competition, explained his decision to give all the fish caught in the tournament to feed homeless children and veterans.

“Guys like fishing for money,” Holden said. “With the Crappie Challenge, they can fish for money and help kids.”

Though he did not fish in this particular tournament, Pierce Drummer (12) often enjoys fishing in various tournaments around the state. He likes fishing at large and small tournaments. Drummer has even fished in a tournament in the lake behind his house, Pierce Acres Lake.

“On Pierce Acres Lake, a few times a year a group of fishermen get together and fish in the Pierce Acres Lake Invitational,” Drummer said. “It is a smaller tournament, but is a lot of fun and very competitive.”

Tournament fishing is a fun way to compete, but fishing individually can also bring pleasure. According to Fix.com, fishing is considered relaxing for its long periods of quietness as well as providing a social activity for friends. Fishing is also good for one’s fitness, as it can improve the core, arms, back and legs. Overall, it is positive for social, mental and physical health.

Chris Curtis (9) enjoys fishing for personal entertainment. Though Curtis has not participated in any fishing tournaments, he still spends time fishing at Lake Jocassee.

“Mostly, I like just being able to chill with my friends,” Curtis said.

Mac Russell (10) enjoys fishing on his own time, too. He likes to go to Lake Hartwell and fish for a long time. Russell finds it very relaxing to just sit back and fish.

“I like fishing at Lake Hartwell,” Russell said. “I enjoy the peace and quiet of it the most.”