An Inside Look into Royal Drama 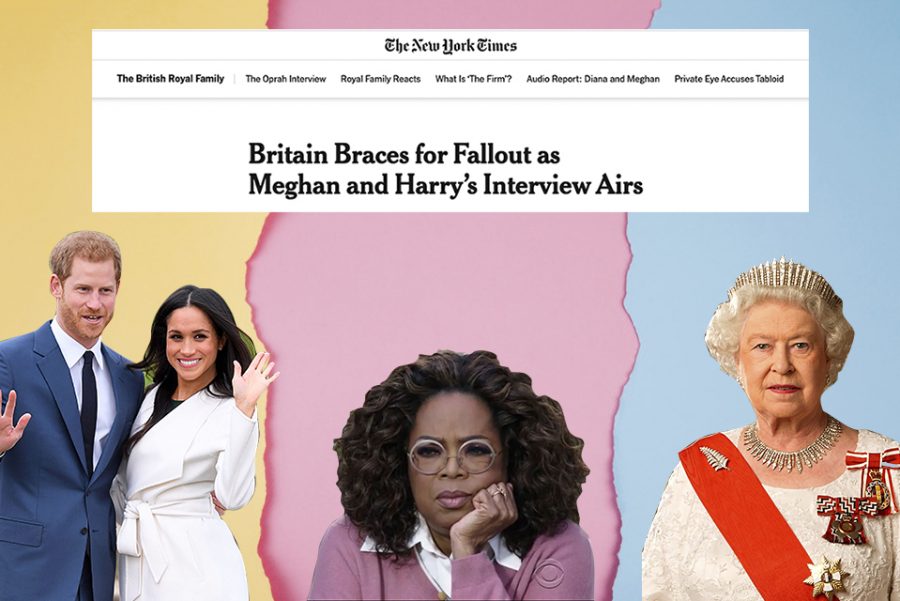 The revealing interview has brought spotlight to lasting problems within the royal family.

“I have no problem with them leaving the royal family because everyone needs to do what is best for their family,” Karn said. “If being away from royal duties is best for them, then they did the right thing.”

The interview explains that Meghan and Harry’s decision to leave the royal family was a process, led by actions within the royal family that the couple disapproved of. Meghan explains how she felt the institution was not properly protecting her or her family. The theme of protection is prevalent in the interview, as Meghan and Harry state it was the main catalyst for their departure. Oprah shares headlines and news reports of times when Meghan was unfairly scrutinized, and the royal family issued no statements to protect her image. Also, Meghan states Archie, the couple’s son, was to be given no protection under the crown.

Another aspect that led to the split was Meghan’s mental health. Meghan tells Oprah she suffered from depression, even stating she told Harry she didn’t want to be alive anymore and was scared to be alone. Harry explains this was the last straw in their decision process, saying he feared repeating the past, alluding to Diana’s depression due to royal pressures. The couple claims that Meghan was unable to receive help from the family, leading them to leave in to seek help elsewhere.

“I have little sympathy for most celebrities, but I have zero tenderness for ‘royals’ who were born into fame and wealth. The existence of the royal family seems like an obsolete relic that could end up in the recycling bin for all I care. What purpose does it serve beyond helping to sell tabloids?” Tepperman said.

The issue of race was discussed as a possible reason for what Meghan states as unfair treatment by the family. Famously, Meghan alleged the conversation about Archie not receiving a royal title, which contrasts the usual protocol, coincided with a conversation about how dark Archie’s skin color may be when he’s born. In the interview, Harry discussed how a news outlet published a series of headlines and media statements that were inherently racist. He explains how the royal family did nothing in response.

The interview has implications for the monarchy, as the negative aspects brought up by Meghan and Harry reflect badly on the institution, and therefore the country. It also represents a familial shift, as Harry briefly mentions distancing from his father and brother due to the issue.

In response to the interview, the royal family has made an official statement to the public.

According to the official website of the royal family, “While all are saddened by their decision, The Duke and Duchess remain much loved members of the family,” the royal.UK said.