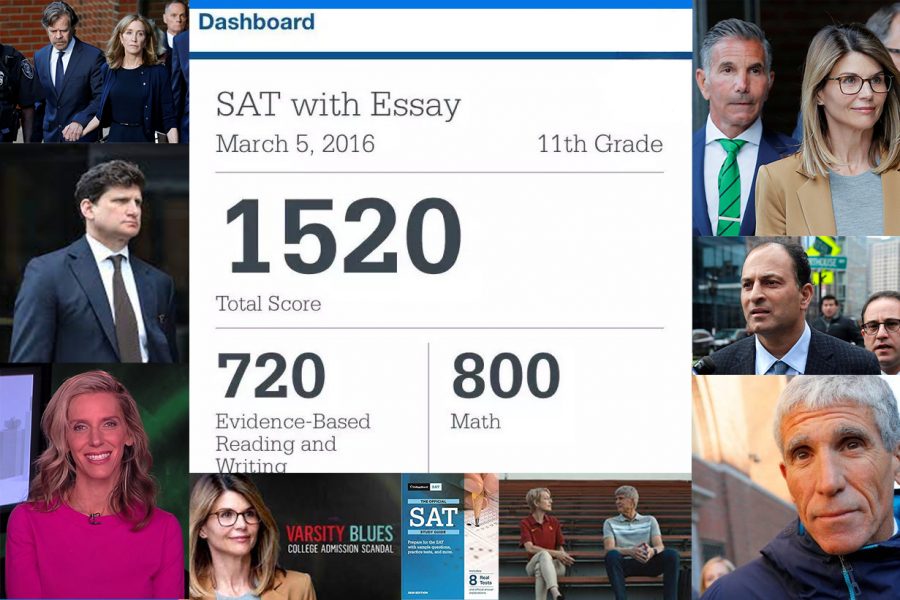 Cheating on standardized tests, like the ACT or SAT, was one method utilized by Rick Singer to gain selective admission for wealthy clients.

The question most frequently asked one’s senior year of high school is “what college/university are you going to?” While most parents either consider taking out loans or tell their children to work to help pay for college, celebrities like Felicity Huffman, Lori Loughlin, Gamal Aziz, Jane Buckingham, and countless others decided to use bribery and fraud to get their children accepted into prestigious colleges around the country.

Authorities say that since 2011, 50 wealthy parents and some celebrities, have used bribery and cheating to help their children get into prestigious colleges. These parents got other students to take the SAT or ACT and act as if the person taking it was their child or just correct their own child’s wrong answers. Another way parents got their child into a prestigious college was by bribing a coach from a college or university.

In the new Netflix documentary “Operation Varsity Blues: The College Admissions Scandal,” viewers see that the main person in charge of orchestrating bribery and cheating was William “Rick” Singer. This Netflix documentary uses authentic wiretap conversations Singer had with wealthy parents, and shows the FBI’s story on how an investigation into a completely unrelated subject turned into uncovering a massive scandal in elite colleges around the country.

Singer plays a huge role in the college admissions scandal and his role in the Netflix documentary is just as big, according to an article from hoya.com.

“The show ends by centering its focus on one individual: Rick Singer, the mastermind behind the entire plan. By ending with a clip of Singer enjoying the warm weather at his private club, the movie emphasizes the fact that justice has not yet been served as the mastermind remains unscathed.”

The central problem the FBI encountered during this investigation was colleges  basing acceptance off of  bribery from wealthy parents rather than merit.

Ansley Vereen (10) believes that by watching this documentary people will be able to see what happened and why wealthy parents decided to cheat the system.

“I watched the documentary to see why colleges would pick people from rich and famous families if less fortunate applicants are more qualified/would do better at the school,” Vereen said.

A question asked throughout the whole college admissions scandal is whether the parents knew what they were doing was unethical. Celebrities such as Felicity Huffman paid $15,000 to cheat on her oldest daughter’s SATs, and others paid much more.

Caris Mitchell (10) is interested in the case because she questions how these parents could not think about the moral implications.

“I think what the parents of the college students did was unethical. I would watch the Netflix documentary to find out what happened and why,” Mitchell said.