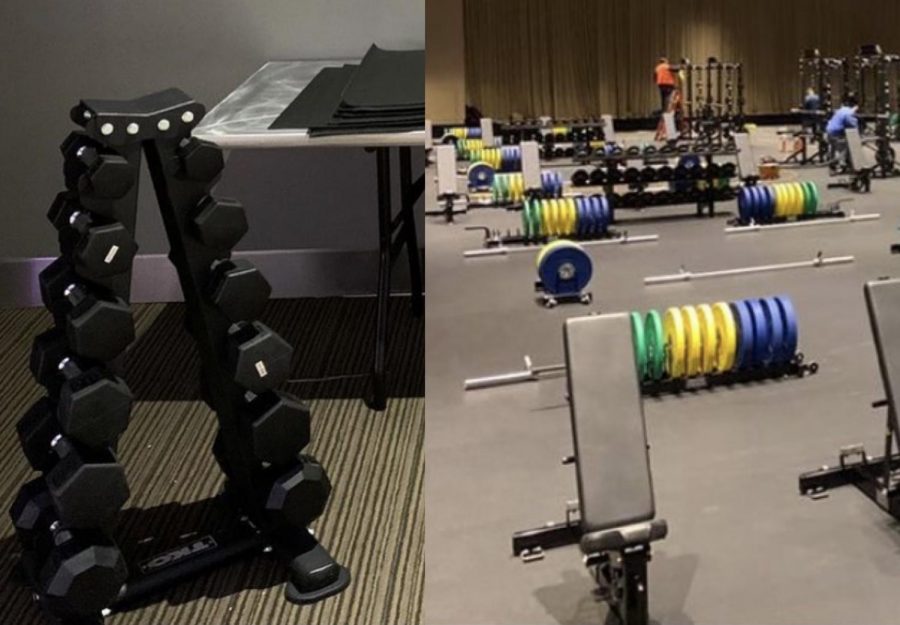 Despite an unpredictable year, the National Commission for Academic Accreditation and Assessment, more commonly known as the N.C.A.A., has managed to successfully conduct a season of college basketball broadcasting. They were able to pull off March Madness 2021 by creating stationary “bubbles” to conduct all tournament games in which the teams lived, practiced, and competed locally. For the men’s division, this bubble was in Indianapolis, Indiana, and for the women’s division, San Antonio, Texas. They also limited chances of outside exposure to COVID-19 by focusing on providing the best possible streaming of games rather than having live audiences consisting of thousands of viewers like in previous years.

While they effectively changed many of the usual ways of conducting sports, the N.C.A.A. did not change the long-standing gender inequalities found throughout all aspects of the tournament. The organization was exposed for unequal facilities, COVID-19 measures, and meal quality, reflecting the larger issue of sport-wide gender inequality. The N.C.A.A. deals exclusively with college students and therefor doesn’t usually face a lot of backlash on gender equality as they don’t directly pay the students like other sport organizations, such as FIFA and the NBA which have come under scrutiny in recent years for their unequal pay among male and female players.

The conversation surrounding gender inequality in the N.C.A.A. began as complaints circulated around the quality of facilities offered at the women’s bubble in San Antonio compared to the men’s bubble at Indianapolis. Pictures were released exposing how the men’s division was given a large, well-stocked, and clearly very expensive weight room, while the women’s weight room consisted of a single rack of hand weights.

Upset at the N.C.A.A., University of Oregon basketball player Sedona Prince posted a viral video showing the weight rooms provided for the female players. The video caught the attention of millions, including influential NBA players.

“I think there’s this big misconception that women don’t need weights as much as men,” Prince said in a BBC interview. “We need recovery. We need to be strong. The sport we play is extremely physical.”

The situation became far more serious when information was released regarding the different COVID-19 measures taken at the two bubbles. According to nytimes.com, the method of testing used for the men’s division is “the gold standard of virus testing,” using a P.C.R test that is extremely sensitive and effective. The men’s testing severely contrasts with the women’s testing as the women are given rapid antigen tests which are far cheaper as well as less accurate.

According to nytimes.com, N.C.A.A.’s vice president of women’s basketball, Lynn Holzman, released a statement claiming that the organization acknowledges their “blemish” and plans to take accountability.

“When people passionately care about something —in this case, women’s basketball— our fans, our student-athletes who are playing this game, it is our responsibility to give them a great championship experience and one they can be proud of,” Holzman said.

While viewers were disappointed at the N.C.A.A, the news of gender inequality in basketball and sports in general comes as a shock to no one. The men’s March Madness is the N.C.A.A’s largest profiting event. According to nytimes.com, this year, despite having many  unexpected costs, the men’s tournament will draw more than $850 million in television rights while the women’s tournament will draw nearly $42 million dollars this year. The difference in profit due to media coverage, competition, and interest shows a clear distinction in which the N.C.A.A. favors the men’s division’s profit opportunities.

Instances of inequalities like these are found across all sports and have become the norm for female athletes. Kaitlyn Metz (11) recently completed a research study on the matter of gender inequality in sports and found countless examples of female athletes being given unfair opportunities.

“I studied the US Women’s National Team and claims of pay inequality. They are in the middle of national lawsuit where they claim the US Soccer Federation are discriminating against them based on their sex,” said Metz. “Through this research, I learned that while [the female team] is more successful, have a larger fan base, and even generate more money for the federation, they continue to receive significantly less money than their male counterparts.”