After waiting for two long years, "Memphis" is ready to hit the stage 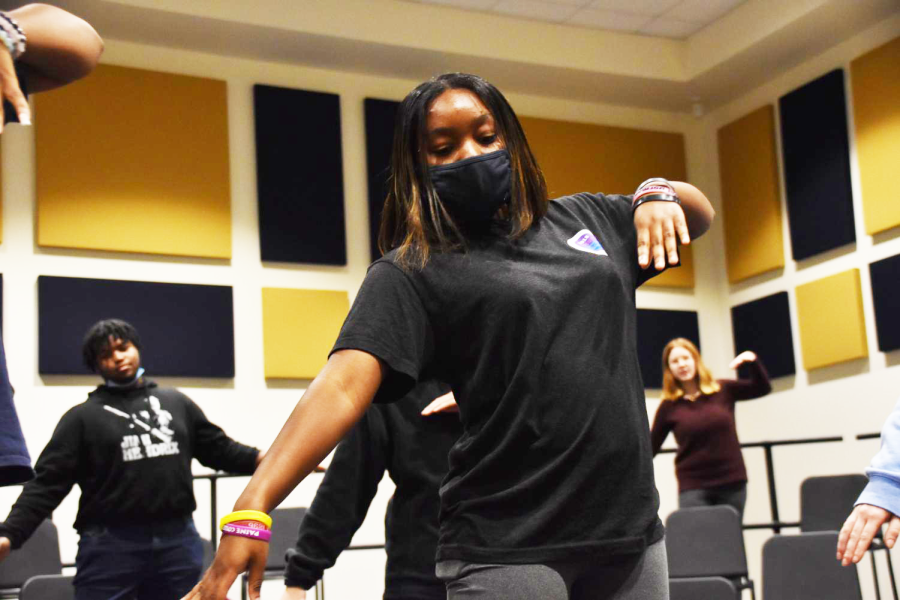 Throughout the decades, theatre has been a staple activity in which people can express themselves. As students come and go, the passion for the arts remains strong within the student body. However, due to the COVID-19 pandemic, after two years the cast finally won’t let COVID-19 steal their rock ‘n’ roll the last week of April.

The musical, which takes place in the 1950s, is set around the creation of rock ‘n’ roll and focuses on two up-and-coming musicians. These musicians, Huey Calhoun, played by Maddox Cox (12), and Felicia Farrell, played by Gabby Rodgers (10), struggle to accomplish their musical goals together during trying times where race influences everything. However, the show isn’t all negative as it shows how music can bring everyone together.

Cast in the play since day one, Zaniya White (11), who is part of the ensemble and understudy to Gabby, is thrilled that they can finally perform.

“The postponement of the play has been challenging due to losing many people that were in it before, but even though the cast is a little smaller than before, we have made adjustments and are making this play work. The 2022 Memphis cast is small but mighty, and I still believe we will put on an amazing show,” White said.

“I feel great about the role,” Rodgers said. “I’ve met the girl who was supposed to be the original Felicia, and she seems like a sweet person. I’m glad I can perform for her.”

Dr. Ben Dawkins, the theatre odyssey teacher, has seen many students come and go throughout his career, but is thrilled about the upcoming performance.

“I think the beauty of theatre is that it needs all different types of people, and as a theatre teacher, I get to see the unique gifts of all of my students. That is very rewarding,” Dawkins said.