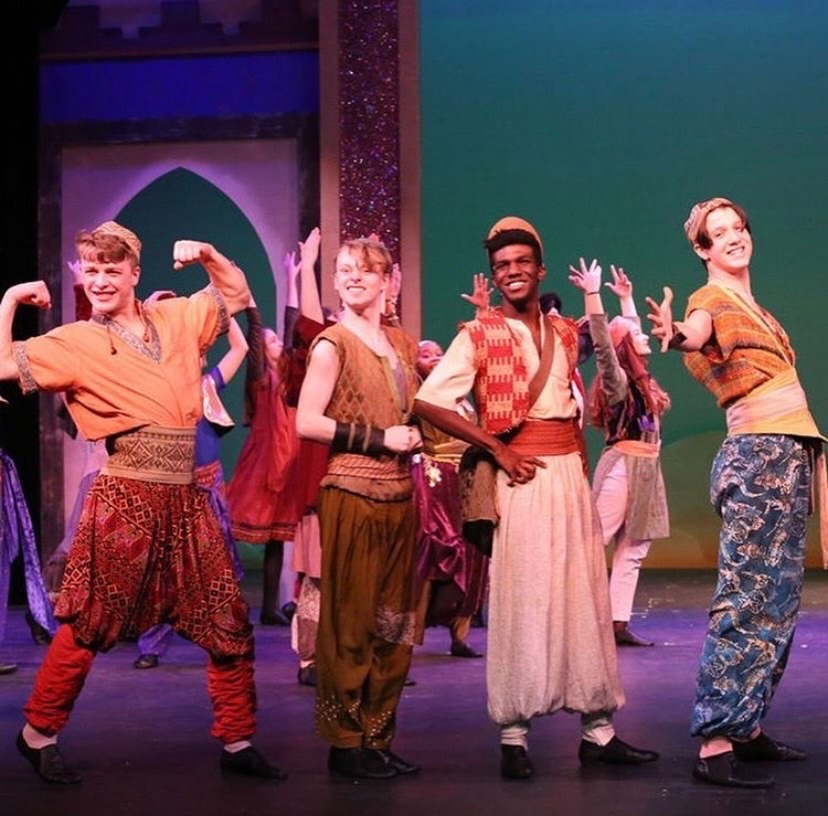 Maddox Cox (11) enjoys performing in theater, singing, and was formerly in the marching band. Cox was young when he began to have an interest in music. He first became involved in choir in the first grade at Pine Street Elementary School, where he began to participate in school plays. He plays a variety of instruments which include the guitar, bass, percussion instruments, and even some piano. He previously took music lessons in elementary school but after stopping them a few years ago, he is now more self-taught.

“I love the rush of adrenaline you get right before you go on stage and then how relieving it is when you finally do,” Cox said.

He has participated in an assortment of different concerts and recitals between choir and voice lessons. He also played the guitar and sang at the Spartanburg Boys Home benefit that was held by his dad a few years ago and is scheduled to occur again this year. Some of his favorite productions he has been a part of include  Aladdin at the Spartanburg Youth Theatre, The King and I at the Spartanburg Little Theatre, and Mamma Mia at Spartanburg High School.

Auditioning for shows is something Cox is very familiar with. These experiences are still very nerve-racking for Cox, but he picks a song to audition with at least a week before the audition date and practicing it helps him feel prepared to audition for the role. He has a lot of support from his family and friends which helps him feel better in all aspects of music and performing.

When asked who has impacted his experience with music and performing the most, he had nothing but nice things to say about several people who have helped him throughout the years.

Lindsay Bennett Fluckiger was his voice teacher when he was younger, and she helped him improve his vocal skills, range and inspired him to continue doing more shows. As a middle schooler, McCracken band director Dr. Vern Weygandt inspired Cox to not only join the band and marching band, but helped him with his jazz guitar skills and music theory overall.  Cox gives a special thanks to another one of his band teachers, Mr. Matt McDaniel, for helping him with his percussion skills.

“Mr. McDaniel helped me with my percussion skills. He gave me lessons and always was able to shed some light on a musical challenge whenever I or someone else needed him to. He always has a few good jokes to tell in the process. I don’t feel like I would have gotten as good at percussion if it hadn’t been for Mr. McDaniel,” Cox said.

While Cox has been a part of numerous performances across music and theatre, giving him many accomplishments, all of these experiences have helped him learn and grow not only as a musician but also as a person in many ways. He does not consider himself a quitter and always finds time for all his passions despite claiming to not be the most organized person. Performing has been a very large part of his journey since the first grade, and he doesn’t plan on slowing down anytime soon.

“Performing is something I plan to do for a very long time. I’ll always be playing guitar and singing whether it’s with my friends, an old bar, a venue, or a stage. I want to be a Chiropractor after high school, but I’ll always have time for music,” Cox said.