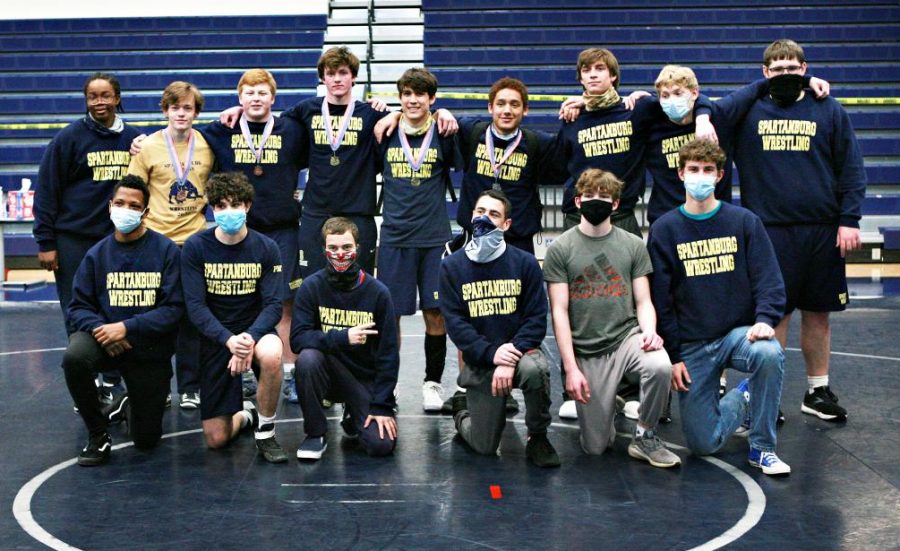 Members of the Varsity Wrestling team celebrate their third place finish at the Regional meet.

Motivation and dedication bring forth progress

With an arduous season behind them, the Varsity Wrestling team is already looking forward to next season. “The members of the team are extremely coachable, and the individuals are intrinsically motivated. The team as a whole worked extremely hard this year and showed significant progress,” Coach Gerard Gauthier said.